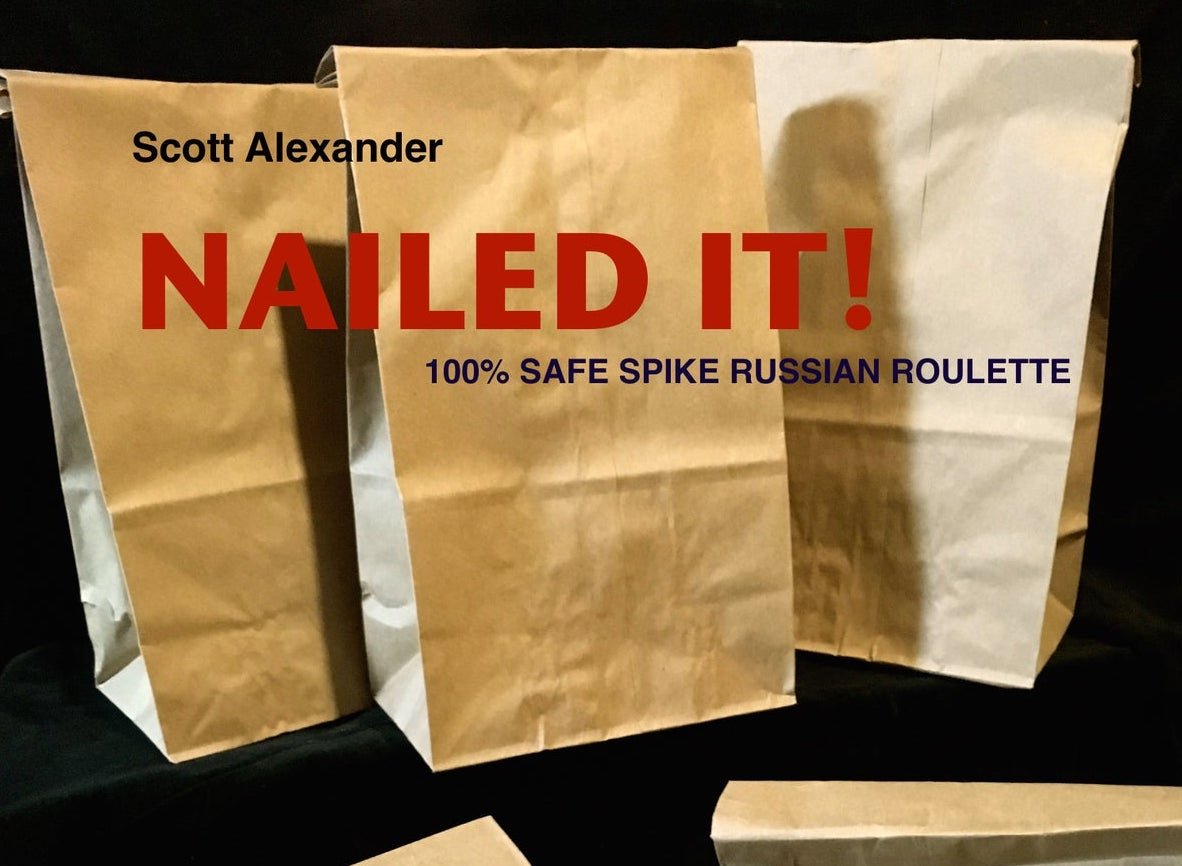 AS SEEN ON THE TONIGHT SHOW - PERFORMED BY DAN WHITE!

From the Creator of Shattered, the run away hit
Russian Roulette routine comes this secret that Scott is finally letting out of the bag...literally!

Scott has kept this a closely guarded secret until now. You've seen the rest, now see the best! You know the plot, and the storyline, and the horror stories associated with this effect, but now you don't have to worry. Scott has taken all the danger out of this effect without taking away the impact. Here are a few things to know.

-Bag can be loaded in front of the audience.
-Spike is examined and proved real by the audience
-Audience can freely choose which bag you smash
-The sneaky stuff happens right in front of their eyes
-No Funny moves, its super clean.

This routine is 100 % SAFE...It's as safe as Shattered, but with a spike!
Plus YOU CAN HAMMER THE SPIKE INTO A PIECE OF WOOD and even give it away as a souvenir if you like.

This routine has got it all...it truly is magic that gets right to the point and leaves the audience on the edge of their seats.