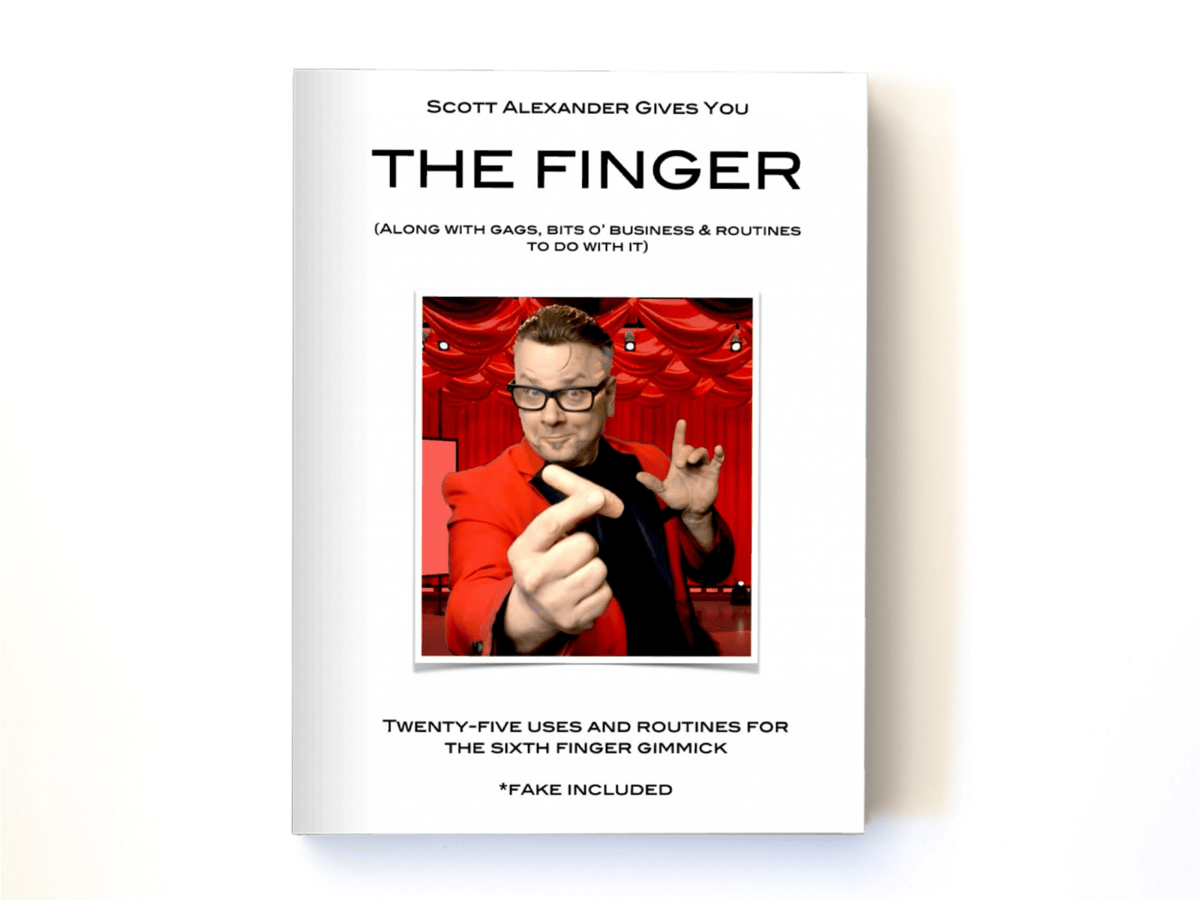 The Finger - Gags, Bits, and Routines (with Video)

THE FINGER TEASER. from Scott Alexander on Vimeo.

The great Okito referred to the Fake or Sixth Finger as one of the most underused and highly effective tools in the magicians arsenal. Even the genius illusionist Buatier De Kolta created the most devious mysteries with it. Not to mention that there are some really funny, jokes, gags and bits o' business that can be done with this small yet deceptive prop.

This book and video combination comes with the necessary fake and twenty-five amazing and hilarious things you can do with it. Let Scott give you ...The Finger!