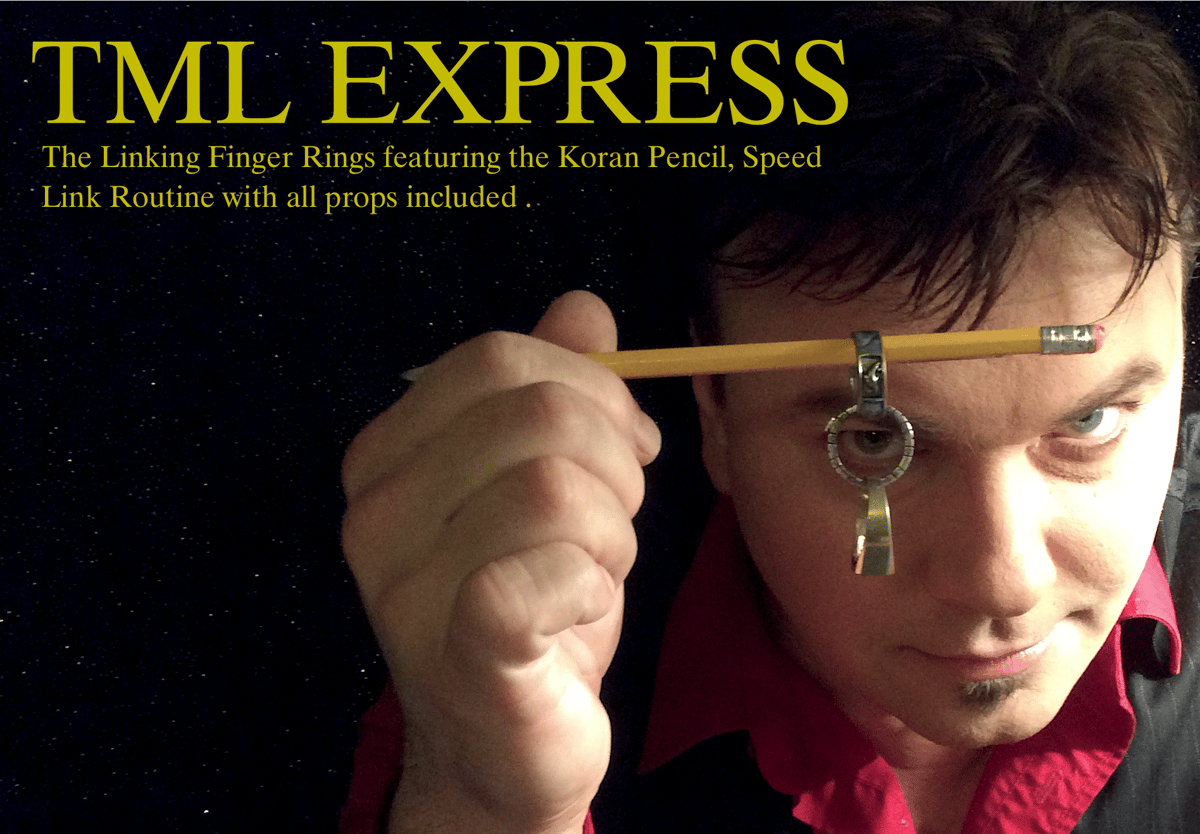 Scott Alexander and Bob Kohler created what is hailed by many experts as the finest prop and routine for the Linking Finger Rings plot ever conceived called
THE MISSING LINK.

-The first evolution in its creation was Scott's Speed Link Routine.

-Next came Scott's Speed Link Express routine with was not released

-And finally the pinnacle version came with the official release of THE MISSING LINK with all Props and Routining. This version was released with rings crafted with Sterling Silver and 14 K Gold featuring Cubic Zirconia reference stones.
This is the BK PRO-LINE version which is currently available through bobkohlermagic.com for your consideration

But now, for the first time, Scott's original TML Express is available for a limited release.

Scott has made a small number of units of this important stepping stone routine that culminated in created the ultimate Missing Link Routine. You will receive all the props and training movie in the TML Express kit.