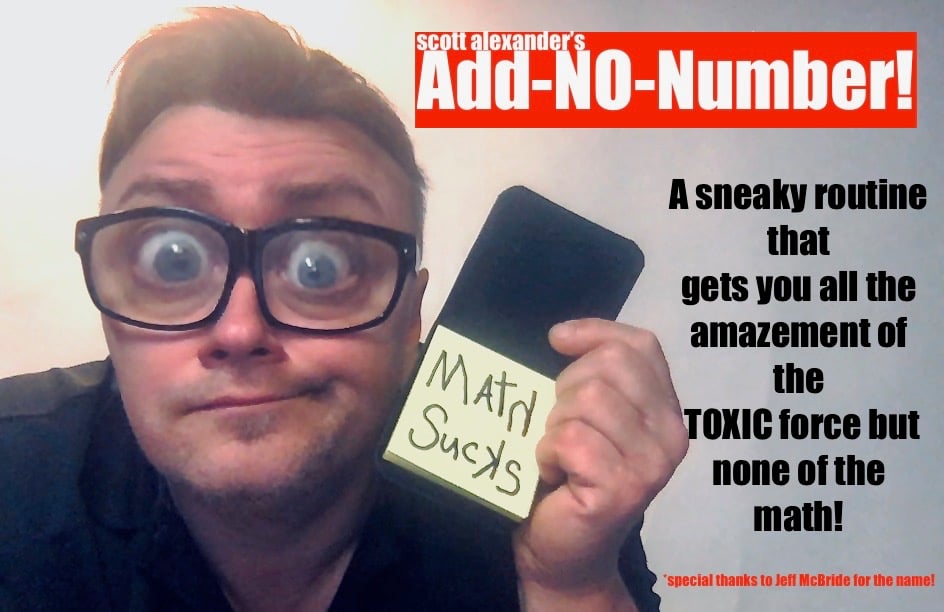 If you know what this is, then you are in the know!!

The Effect:
After someone selects a card, other spectators jott down random numbers on a pad. The one who picks the card is asked to enter the numbers arrived at into their phone, ready to make a call. You tell them that whoever answers will tell them the name of the card. Amazing! But the phone that rings when they hit send is YOURS! And of course you tell them!!!

This is Scott's super sneaky routine for the Add A Number pad that Jeff McBride called Add NO Number when he saw Scott do it. It has been called that ever since. It is a fun routine with all the power of the Toxic Force, but none of the math to slow down the presentation. It's a shocking ending that the spectators just don't see coming!