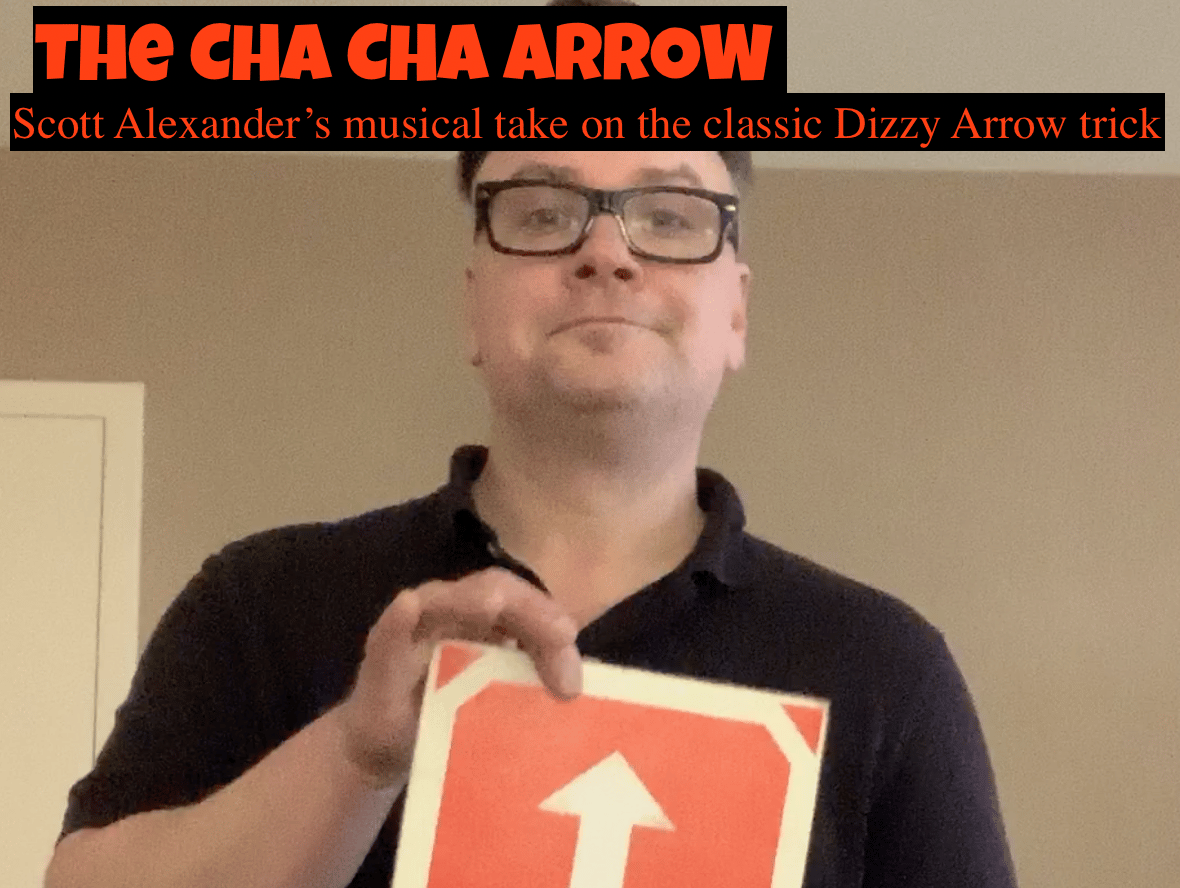 This is the custom hand made Dizzy Arrow prop that Scott built to use for his Cha Cha Arrow routine. The prop is 8 inches by 8 inches on 1mm thick chipboard and has a bright bold white arrow on a red background. The prop has magnets that hold it closed until you are ready for the blow off when it opens to reveal a cartoon character. The routine is performed to a version of the line dance called the Casper Slide. MP3 audio track is available as an instant download with the purchase of Scott Alexander's MC's Guidebook.