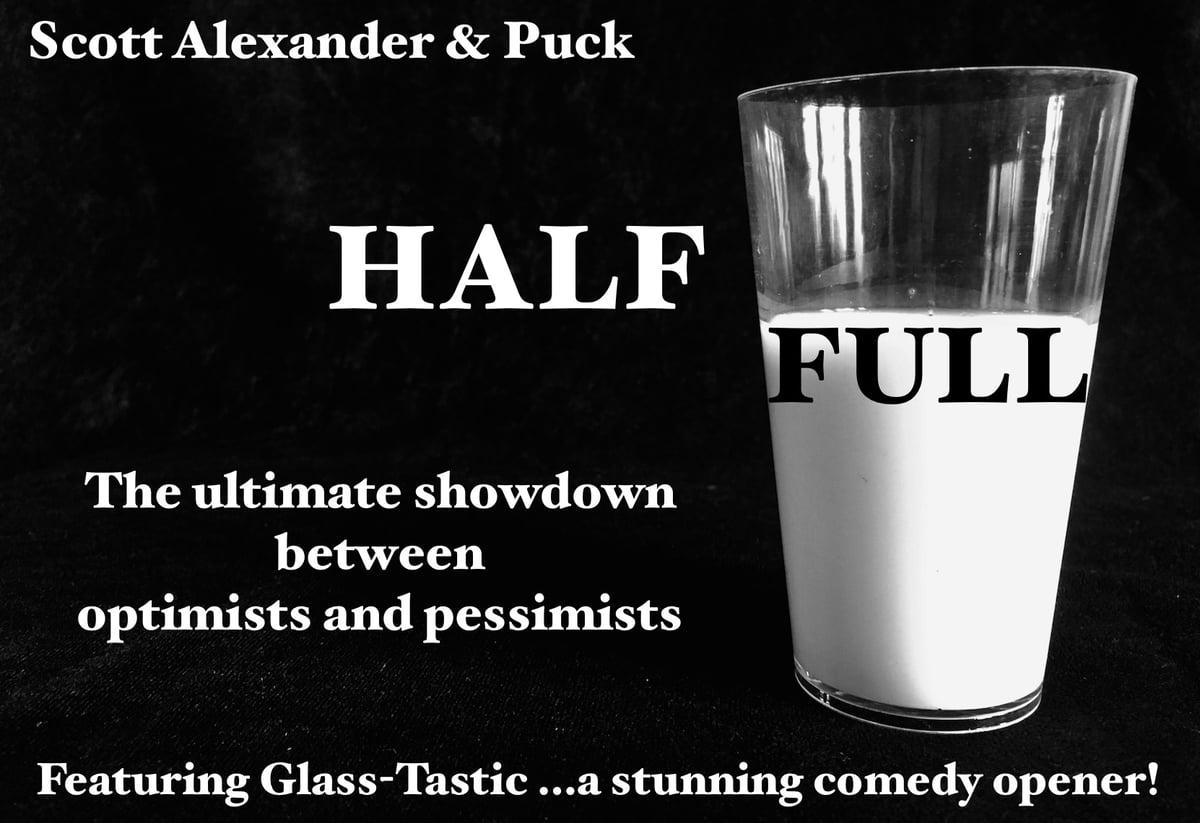 Half Full is yet another effect in Scott Alexander and Puck’s line of powerful commercial magic, based on a long forgotten trick called “Milkan,” which was a favorite of Faucett Ross.

Half Full is a versatile trick that can be a quick opener, or a full five minute routine of comedy and audience interaction. In fact, when Ross wrote about this type of effect he said, “To my mind, this has no superior as an ‘opener’ and would be excellent with which to open a kid’s show, yet sophisticated enough for Cardini.”

Half Full features five different performances on the training movie. Three involve audience interaction, and two are startling openers Scott and Puck call “Glass-Tastic,” which are based on Ross’ original handling of “Milkan.”

Half Full has the added bonus of allowing you to deliver a positive message that encourages your audience to watch magic as optimists, rather than pessimists, and believers rather than skeptics.

The three audience interactive routines begin with catching an invisible glass from the air. Then you proceed to fill it halfway with milk. "Some people see the glass as half full, and some half empty." Two bags are designated, one for optimists and one for pessimists. After some appropriate dialogue, the glass is placed in one of the bags and filled with milk. Then the routines split into three different narratives, but they all culminate in a startling transposition of the glass of milk from one paper bag to the other. The bag with the filled glass is turned upside down and crushed showing the glass and milk have somehow gone under impossible test conditions, Then, much to the delight of the audience, it is revealed to have traveled all the way over to the other paper bag. To finish, you toast your audience for their wonderful display of optimism!